I bought this e21 a couple of months ago. My first BMW. It came with the original double headlights and matching grilles, and a box of receipts. I have pieced together some of its past.

It's first registration in New Zealand is a bit strange, because although it shows as a "New Zealand New" car, the registration only goes back to March 1984 where it starts at 28k. It was suggested that it may have been brought over here from Europe privately. It had a few owners after that until 1990 where my box of receipts is dated back to. I couldn't work it out at first because the person who bought it...for 22k......spent a lot of money on it between 1990 and 2004......I added the receipts up to 30k.....then the receipts stopped and the ownership was transferred to another person in the same family. I have since discovered that the person died in 2004 in his late 40's and ownership passed to his mother who could not bear to sell it and kept it parked up in her garage until 2013.

It was then owned by a BMW service center, followed by a couple of more people before I bought it.

It has power steering, manual sunroof and 5 speed manual gearbox. It also has the original Bavaria radio, which looks cool but I never listen to it.

The single headlight conversion and lowered suspension was either done by the BMW guy, or the person he sold it to.

Since I have owned it, I had to put new tires on it, get the cambelt replaced, and had the steering rack rebuilt. I also have always wanted cocomats, so they are new as well. Once I have the suspension sorted out, that will be it for awhile until I have used it more. 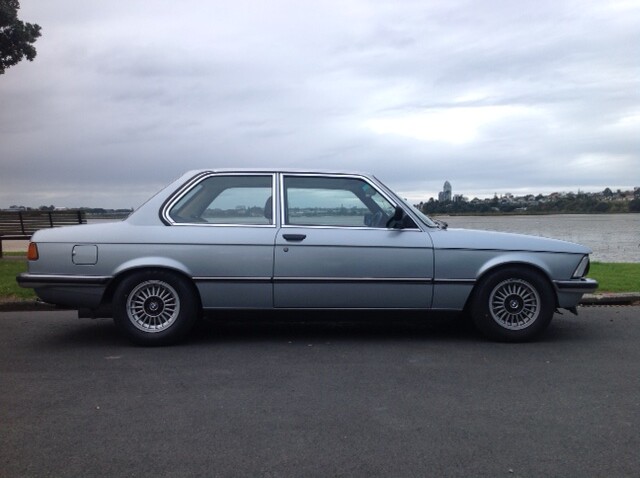 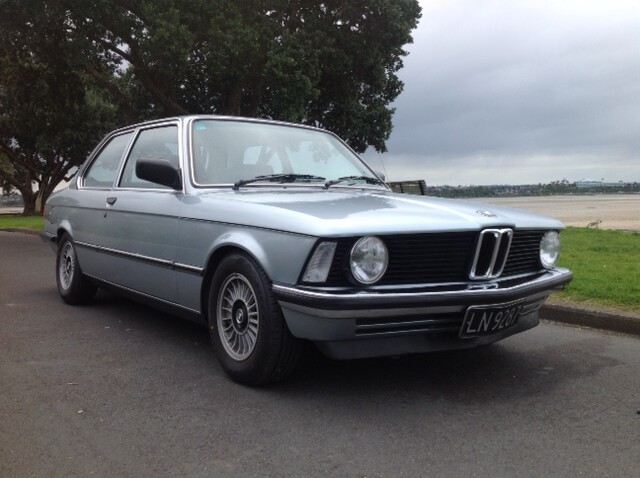 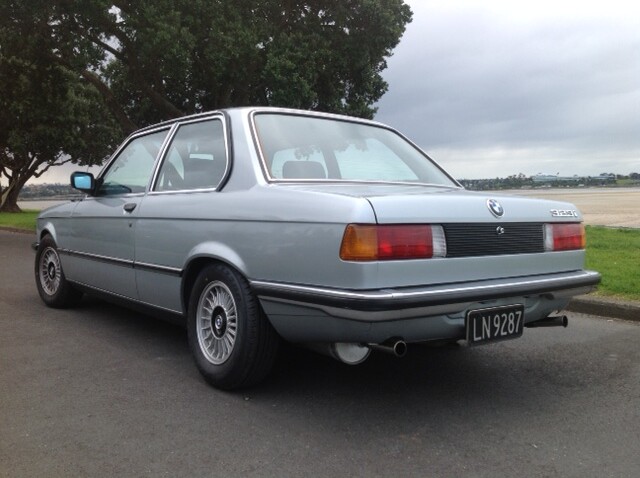 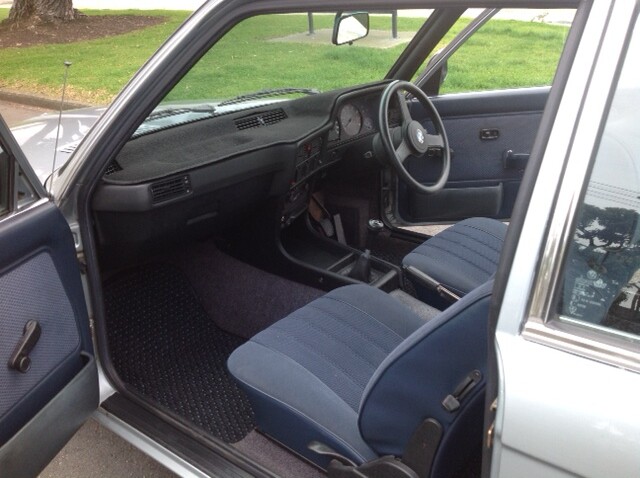 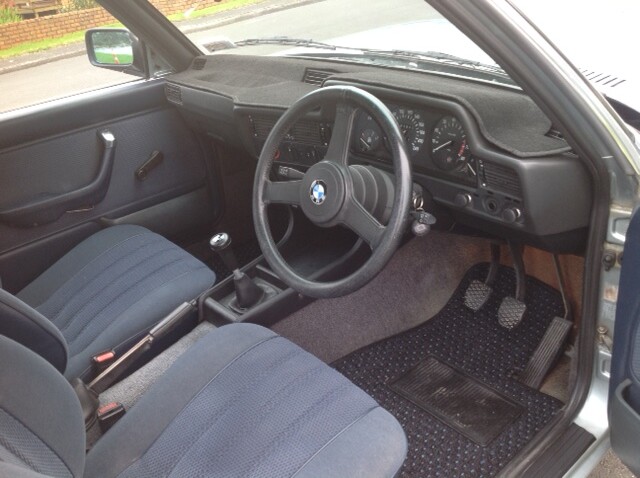 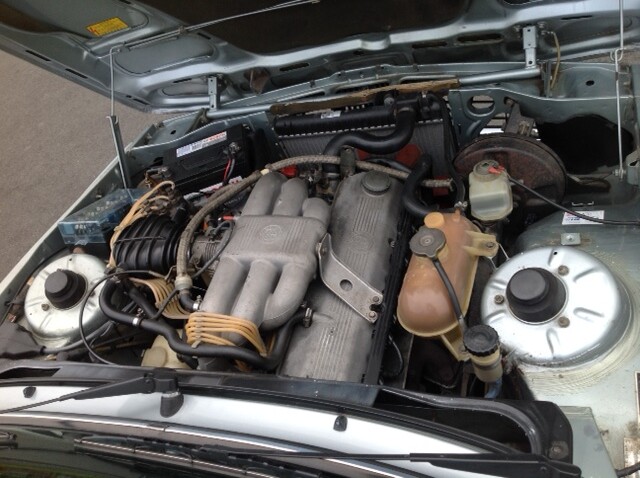 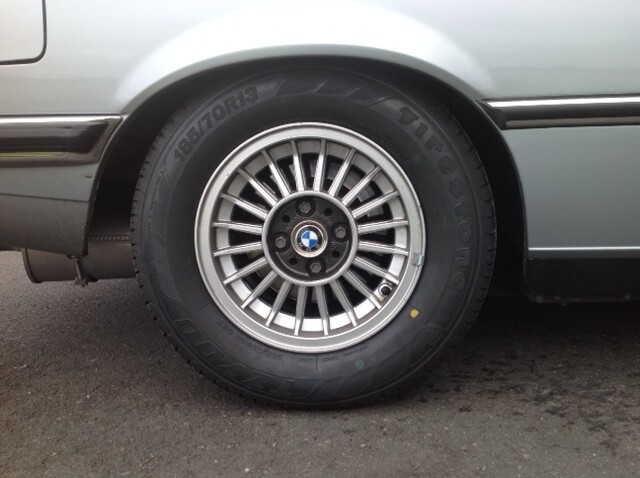 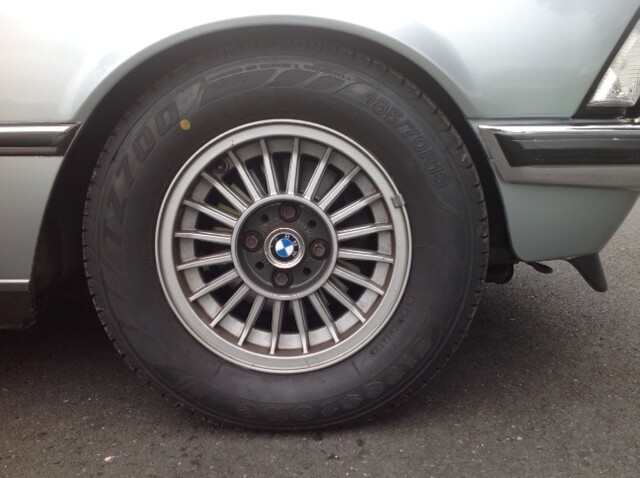 Welcome here! Nice write up. If it was imported from Europe, then it must be a UK car, since Europe has LHD. Are you gonna convert it back to double headlights? thats what a 323i should have... Carpet looks gray? Because the seats are blue, but in a sperb state, I believe they were put in later? I really like the looks of the car, seems a decent and rustfree example?
It's the man next door!

Hi. I'm in two minds about the headlights. I like the single look and think it separates it more from the hundreds of e30's around here, but I also like the idea of returning it to stock. Not sure how much work it is to change but might swap it and see how I like it.

There is a receipt for about 1800 dollars for "seat trim" so I assume the seats have been redone......I thought blue would have been the original color? Yes, the carpet is dark grey and in very good condition apart from the drivers well where it looks to have leaked at some stage?
Top

Wonderful find! Did you manage to enjoy it and put some miles on it yet?
Regards/groeten, Jeroen