My name is Rob and i live in the south of Holland,

So, time to introduce my E12 here in this nice SUB:

The first M20 engines had one big issue, and thats a cracked head near cylinder 5. I've had 2 cracked heads in one year, but the last head (a 1981 head) is still holding.
It had a 3 speed auto, but soon i've converted her to a 5 speed manual.

Last year i've converted the engine from carb and dizzy to a megasquirt setup with sequential injection and wasted spark ignition, the car never drove that good as it does now.

Because she hasn't a roof over her head, the paintjob has a nice old patina, and there are some rusty spots.

A few years ago the rear doors became a temporary fix and the panel under the rear bumper was repaired.

Plans with the car are preparing it for classic rally's, sonice rally color sceme idieas are welcome

time for some pictures: 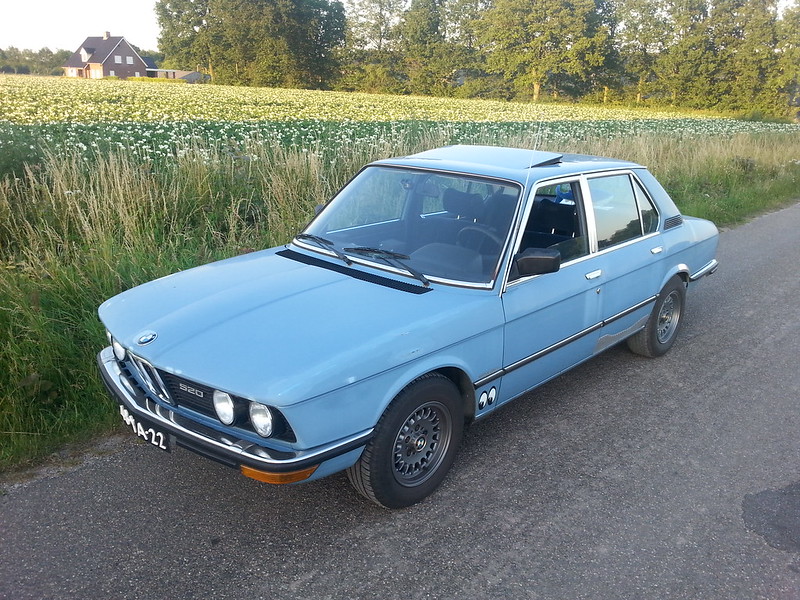 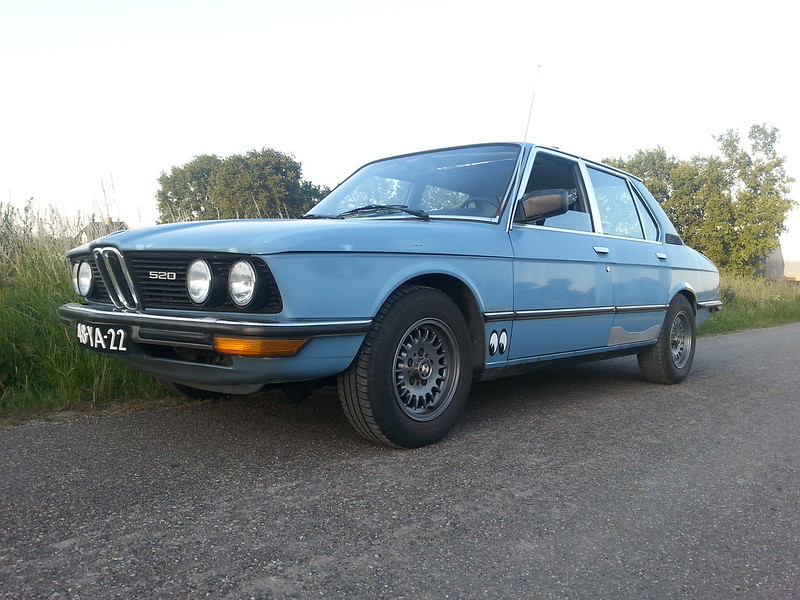 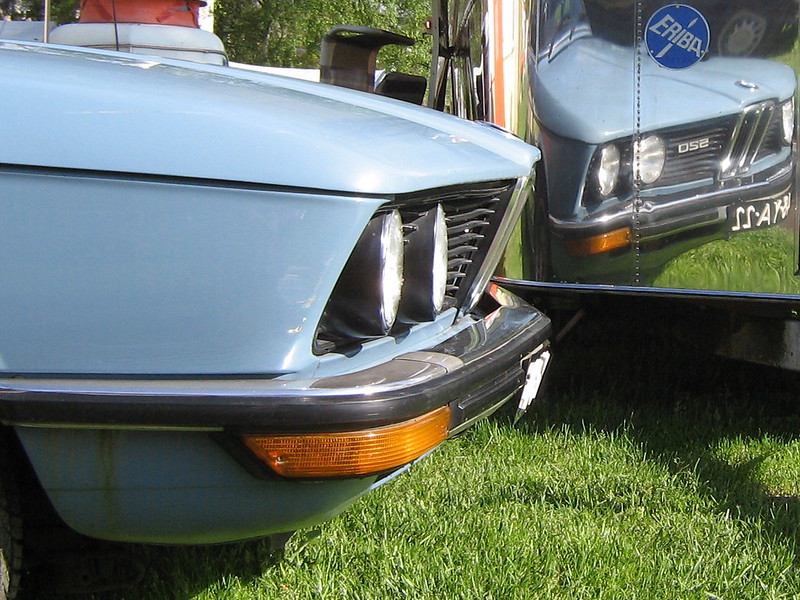 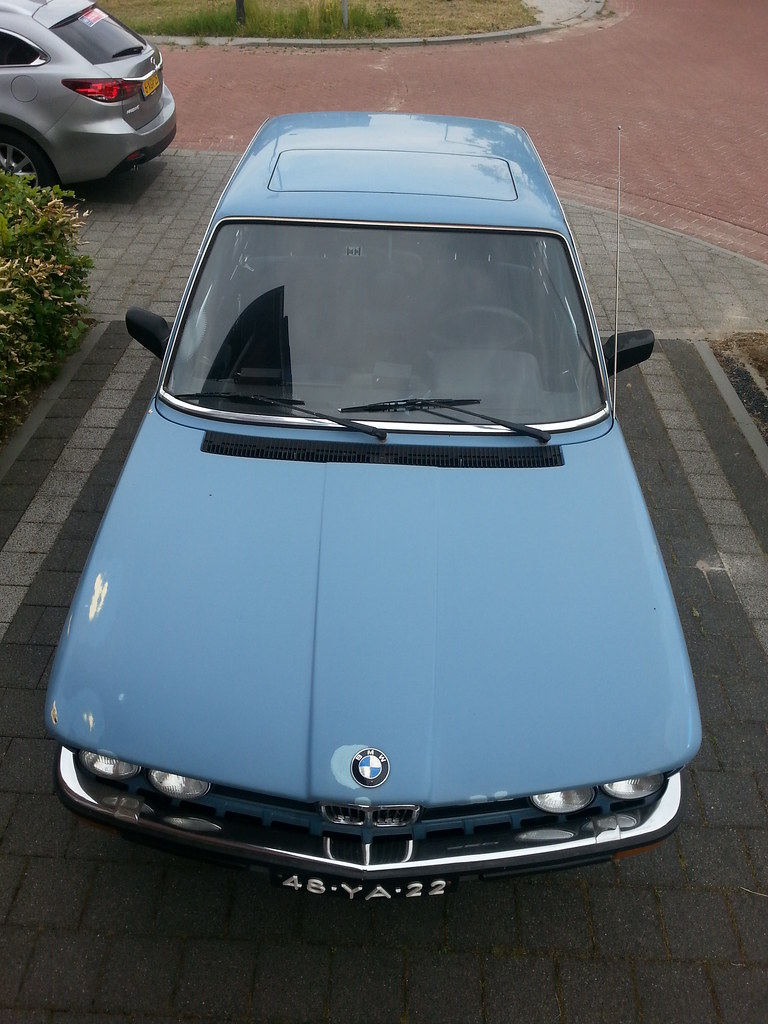 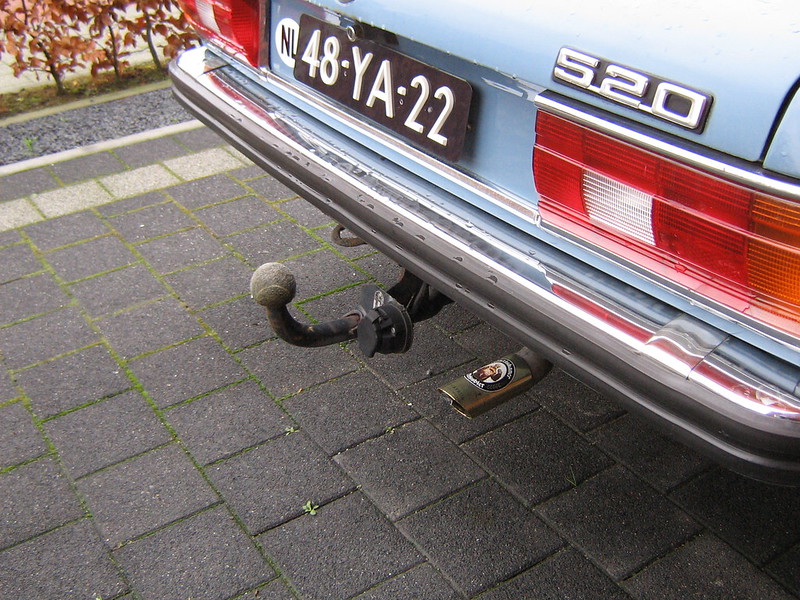 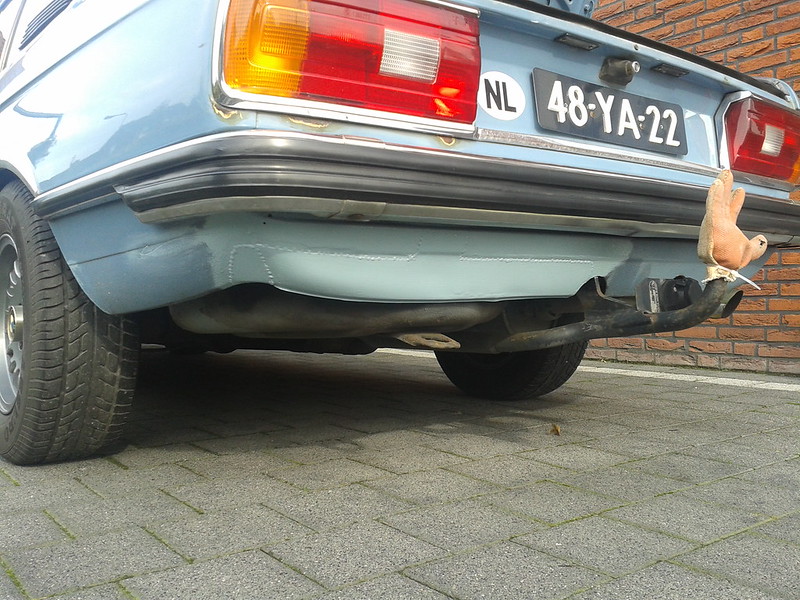 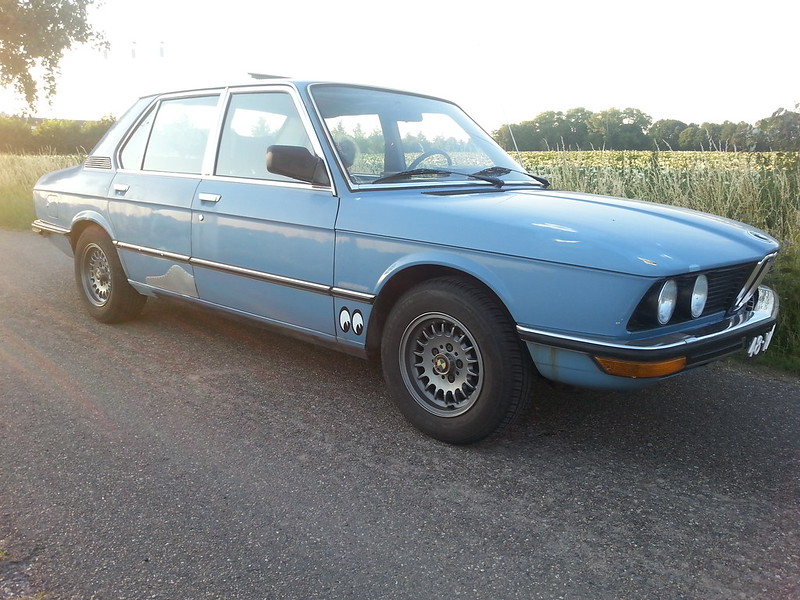 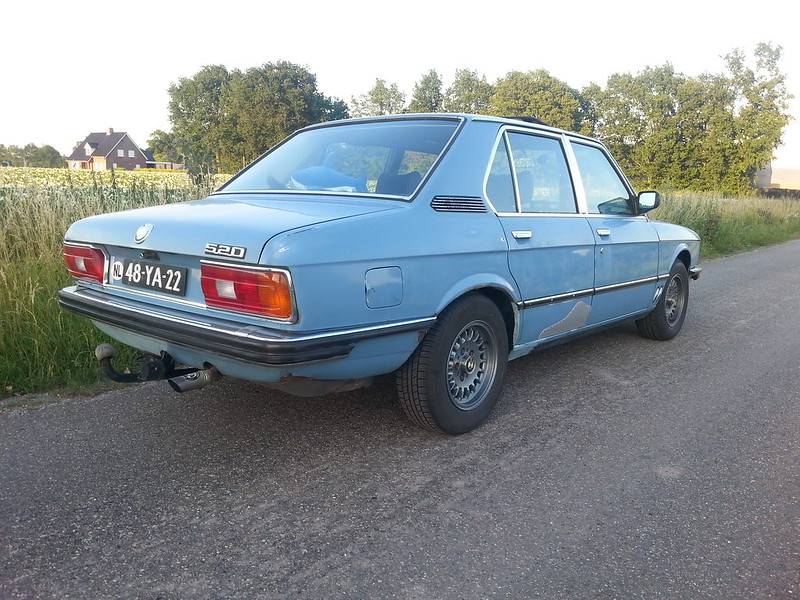 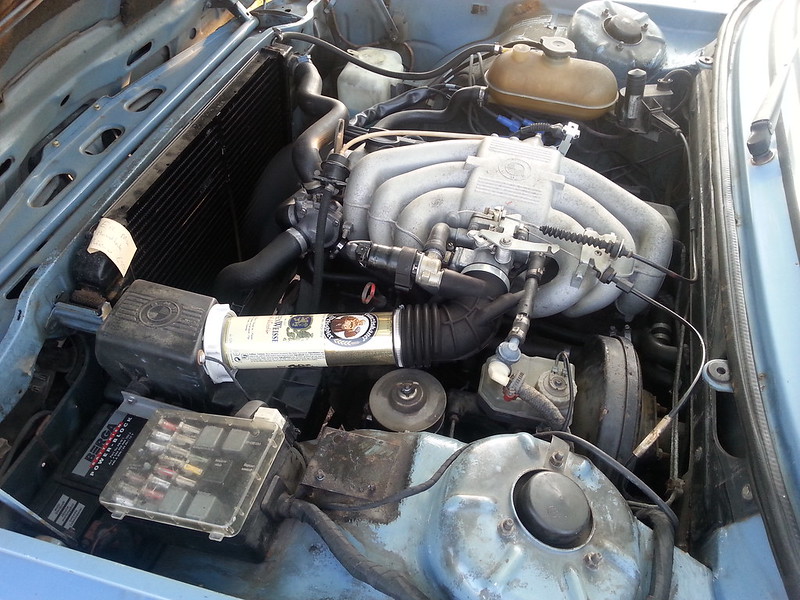 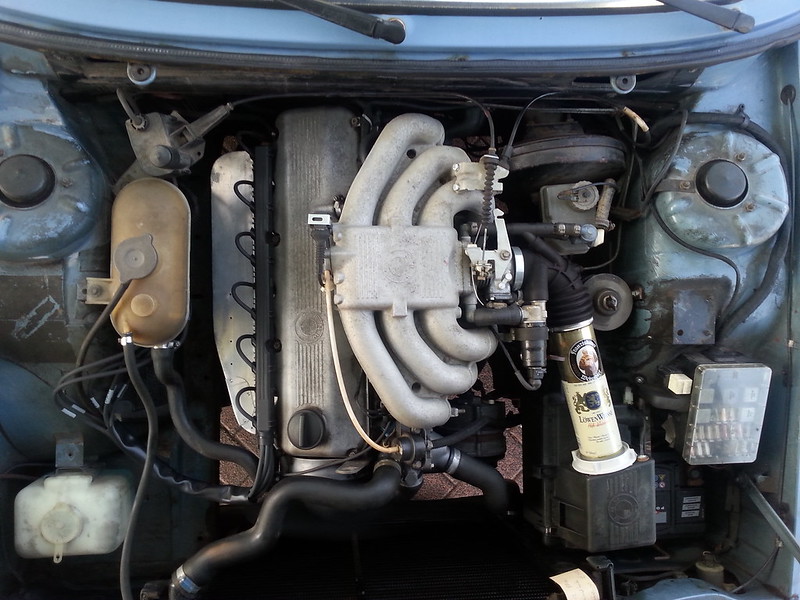 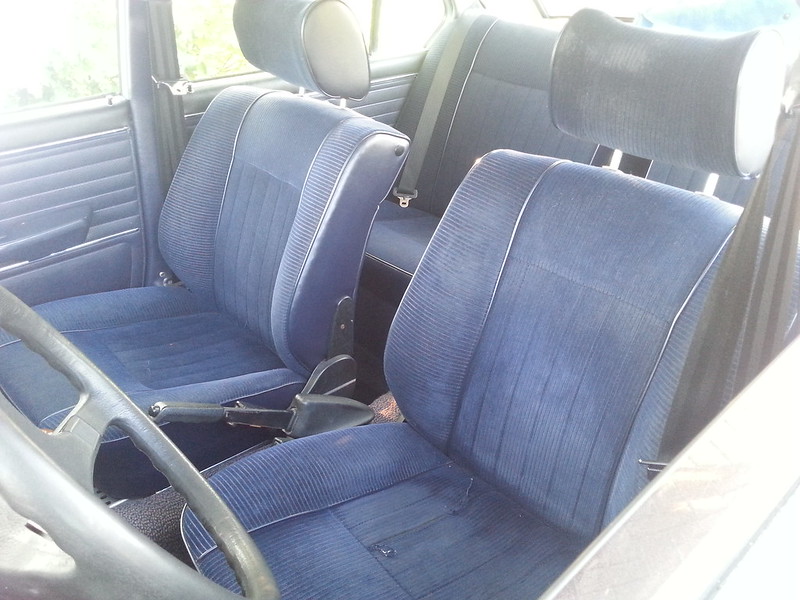 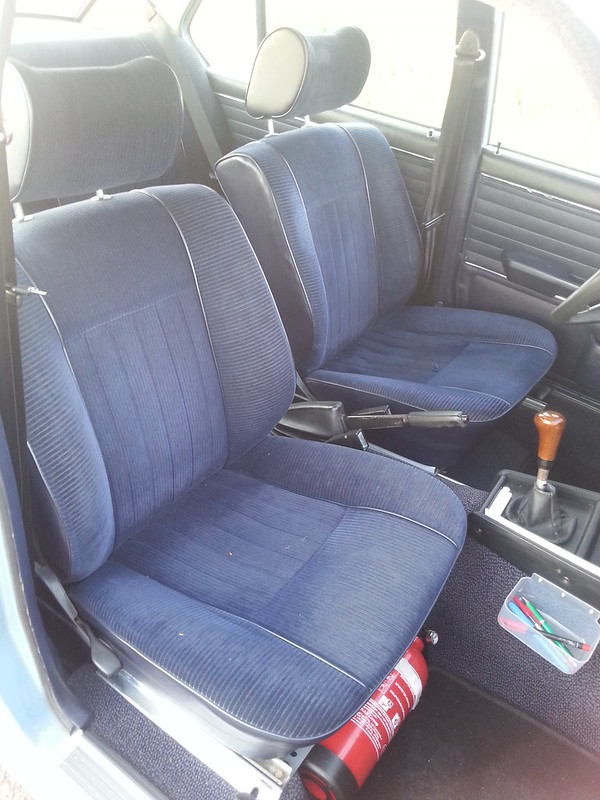 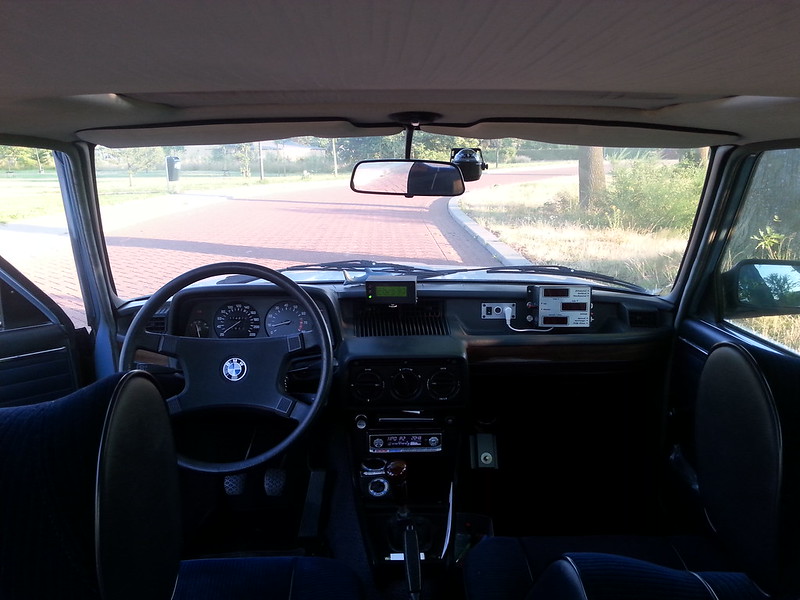 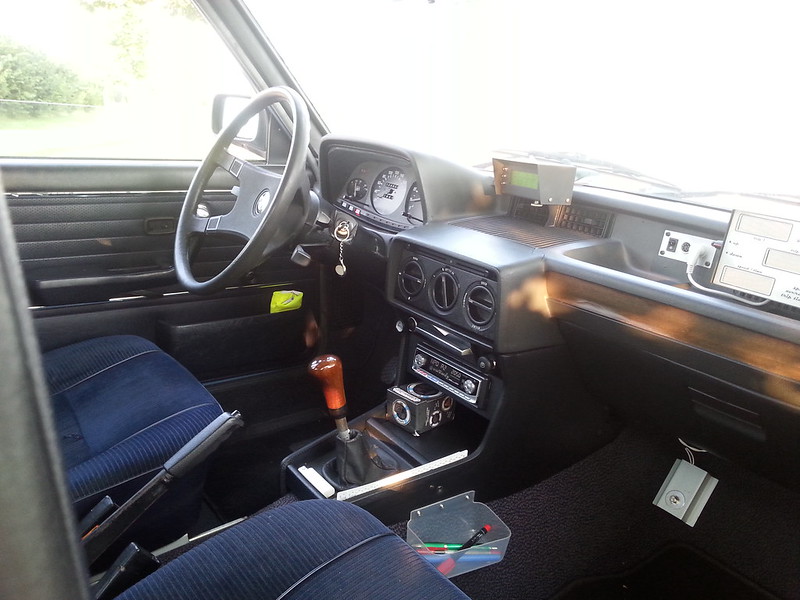 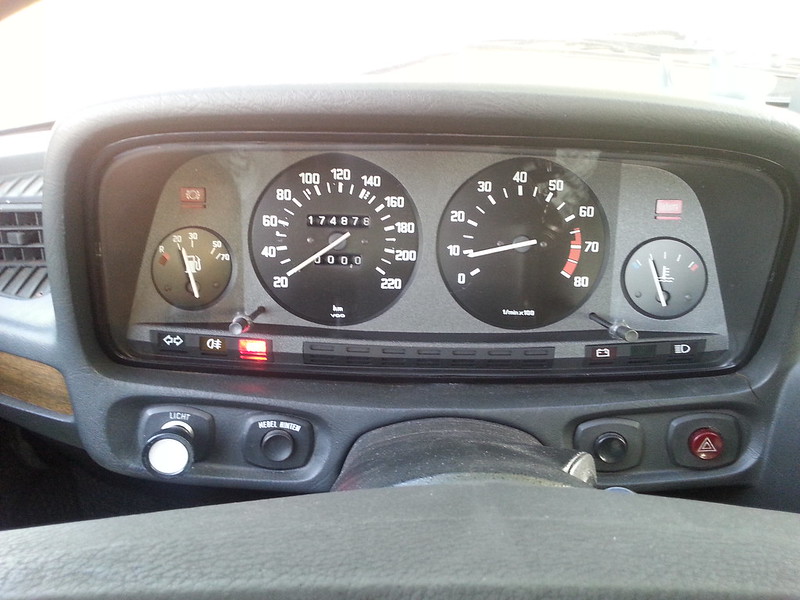 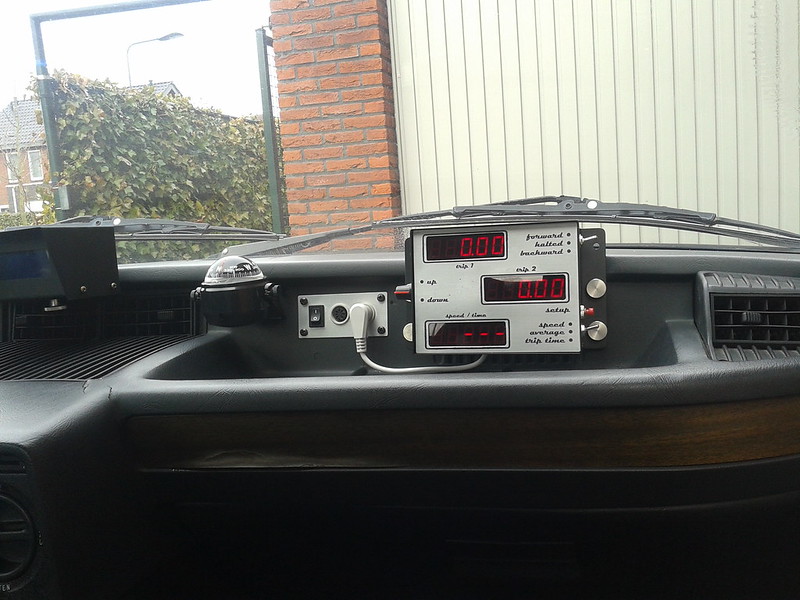 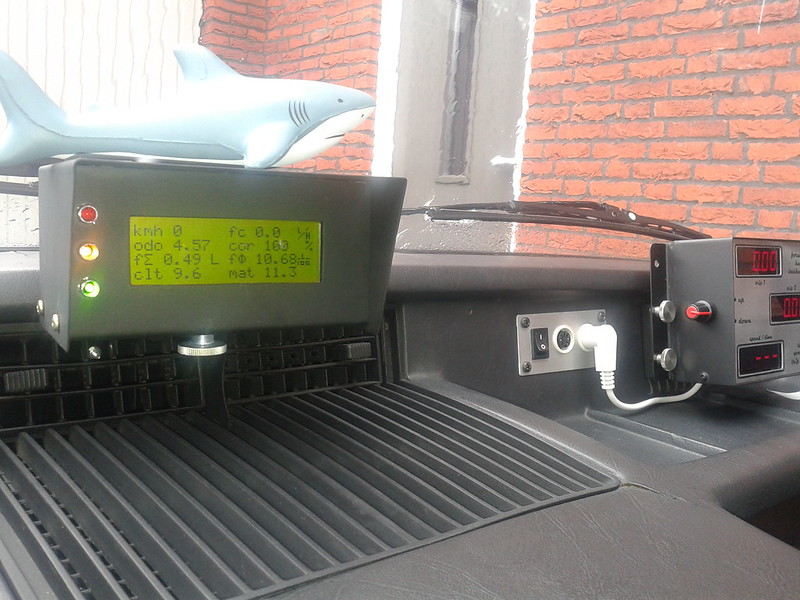 From the department of amazing projects!

Nice extra computers you have installed.
And cruise control.

Nice extra computers you have installed.
And cruise control.

Yes, cruise control comes from a E23, handle fits right in the steering column without any modificatons.
Creating a speed pulse signal was the biggest challenge.

As for the rallye scheme, I was thinking of the Gulf scheme because your car is already blue, it just needs the orange striping and gulf logo Martin
I took the corner at high speed, came in the ditch, drove straight through a garden, flipped over 4 times and then I lost control of my steering-wheel!
Top

a proximity sensor is a sensor that senses metal objects. Normal use is in factory lines (to count beer cans).

The sensor i've used is supplied with 12V.
Now the sensor also provides speed pulses for the tripmaster and the megasquirt display.

As for the rallye scheme, I was thinking of the Gulf scheme because your car is already blue, it just needs the orange striping and gulf logo

Yess, i'd found that one already on the net, like it much, only the gulf sign is often not allowed in classic rally's, it's done on porche's and Ford GT40's also

If I'm not mistaken a proximity sensor is the approach that was also used in laer models like the E30, fitted on the diff
Regards/groeten, Jeroen

Other option is a GPS driven converter to cable, we posted some info about this a while ago but I can't seem to find it

323baur wrote:Sounds sophisticated...and too difficult for me. But nevertheless, top option!

Where for do you need this speed signal?

There are sensors for digital tripmasters into classic cars with cable driven speedo, these sensors are fittet between the speedometer cable and then provide a digital speed signal, Maybe this is a easier solution for your cruise control setup.

And if you have a manual, then a swicht to detect clutch engangement is also needed and there is no bracket available for this switch in the E12 and E21 pedal box.