Today the OGP started out great, looks of racing fun and plenty of cool cars. And even the weather cooperated, they predicted rain and thunder but we got sunshine all day long! To start of with some pictures: Gerwin and yours truly just returned from a great weekend at the Ring! Drove over on Thursday evening and met our French friend Eric Wassermann (yeah really, French) in the hotel. Next day was, as Gerwin already wrote, sunkissed and we had the best of times. Felt a little hot but after some lady told us it was 37 degrees we knew why haha!

Ran into Le Mans winner and Jaguar celeb Andy Wallace as soon as we walked onto the historic paddock. His team was having some stress as the ignition key for their race Jag MKII was missing but when that was solved he was happy to have a little chat. Did you know he was the guy who set the speed record in the McLaren F1 that held for 11 years btw? Also spoke to Ulrich Sauer who has competed in ALL (!!) 43 editions of the OGP in his BMW 328.

At a later stage we briefly met Audi rally legend from the golden era Stig Blomqvist and then we soon decided to go trackside to see Andy Wallace have fun and see many different classes in action, the day being concluded with the DRM cars, the M1's like Gerwin already showed and an acquaintance had also brought his ex Le Mans winning Luigi UFO CSL so we had a fabulous time. One disappointment, the orange Goup 2 E21 320i in Jägermeister livery just like Lukasz's did not start the entire weekend, apparently it had serious engine trouble.

Always nice braking action at the end of the straight Ah there's the Luigi UFO we hadn't seen in action for some time! On Saturday we met up with several friends, spent quite some time in the pitlane to see the preparations for the F1 race, even took photos on the start grid and stuck around for the race. Friends were running a ATS F1 car that kept having fuel pressure problems, sad to see their despair when the car came in with repeated problems and had to retire, a real pity. A new Touringcar Revival class allows more recent cars in for the first time, roughly until the year 2000. Great to see legendary cars like the Alfa 155Ti, Volvo's and a whole bunch of BMW's and Mercedeses again after quite some years. Stayed on the track until late, saw the historic GT's drive at around 8pm, wonderful light and atmosphere! Sunday was the day to dot some i's and cross some t's when it comes to photography, and there was time to relax and chat with people. Special moment when former Luigi CSL driver Eddy Joosen dropped by when we were at the UFO tent. The UFO that was present was the E9 CSL that was class winner in the 1977 Le Mans 24 hours driven by Xhenceval and Dieudonné, but before that it was owned by Joosen and he was eager to get behind the wheel, even if it was just for a sit. One happy man and we were there, equipped with cameras. Ran in at the Coys auction to see a sweet 328 get sold for 500k and ran out right away... what a load of money! The new Tourenwagen Revival class definitely wasn't just a slow demo session as you can see, this is another car from Steffan Irmler, driven by himself, the Opel Astra SATCar 1994 And team FW Motorsport ended up winning their class in the DRM race in their 320i! Two years ago we ran into a funny situation when the Stefan Bellof S Kurve was unveiled, meeting Derek Bell and Bellof's father, and doing the Nordschleife in a touring bus including the Karrousel! This year we were picked up by a cheerful young blonde in a press shuttle and taken for a lap on the Grand Prix strecke. As the Outlander was quite stuffed Gerwin had to sit in the luggage compartment for the lap haha!

Anyway, another memorable weekend of fun behind us and another zillion photos added... more soon!
Regards/groeten, Jeroen

Looks like a great weekend to me!
It's the man next door!

I can only agree with Jeroen, we had a ball this weekend. On saturday we saw some great DRM action (including the flaming M1's), but also a great DTM Revival. The highlight for myself has to be the start of the Historic Formula One! The complete package from the warm-up and start in the pits, the line-up on the grid and feeling the excitement rise to an enormous level.
Adding to this experience I met a lot of nice people and famous racers, which makes the story complete. To finish of the day we saw the pre 60 GT's race while darkness fell, perfect to try and make some special shots. On Sunday we had a relaxing day, took some shot's of the races we likes but also enjoyed our stay at this fantastic event. I also have to sort a bunch of pictures, but that has to be part of the fun!
Regards, Gerwin

Great pics, Gerwin!
It's the man next door!

Gerwin once again was great company, and did a great job, managed to get better shots of several cars than I could! So thumbs up, looking forward to more!
Regards/groeten, Jeroen

A little E21 intermezzo. At the BMW Clubs parking we found this early 323i in Reseda. Covered 40k kms (so abt 24k mls I guess) and looked very, very original. This meant the car had some traces of use all round but definitely looked very original, unmolested and rust free. Wonderful time travel! I really need to get my act together to meet up with people from this forum as well.

But first contact has been established at least. Once I saw a grey 323i with Norwegian plates at the Nordscheife entrance parking I had to assume it's Lars-Nord. Hunted him down when he parked and exchanged few thoughts there, but it's a start...

Finally made it to the actual OGP event at the GP track as well. We're usually too busy with our own group, so even when this was my 5th OGP, Saturday was the first time at the actual event.

While track-side, I got to see some Jags, Alfas and glorious F1 cars race. 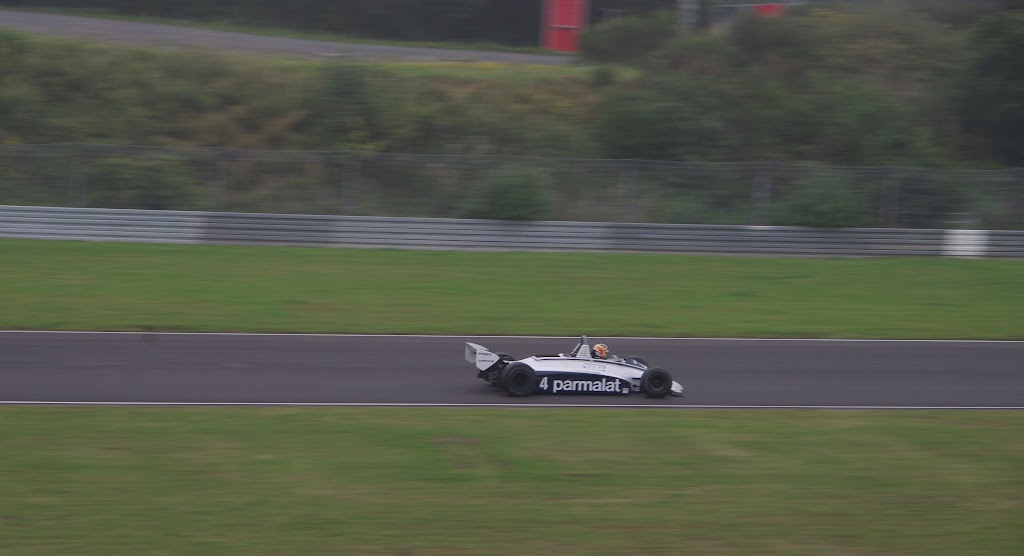 Some oddballs in the mix with Alfas. 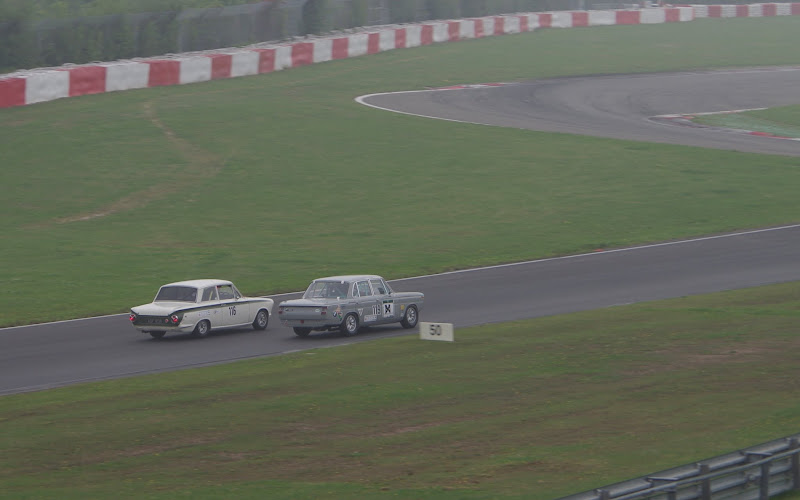 And sightings while walking around the pit area

Nice! Much more forum members there than we all knew!
Regards/groeten, Jeroen

You haven't seen many BMW photos from the event yet, but our own report is available in BMW Car Magazine's December issue now!